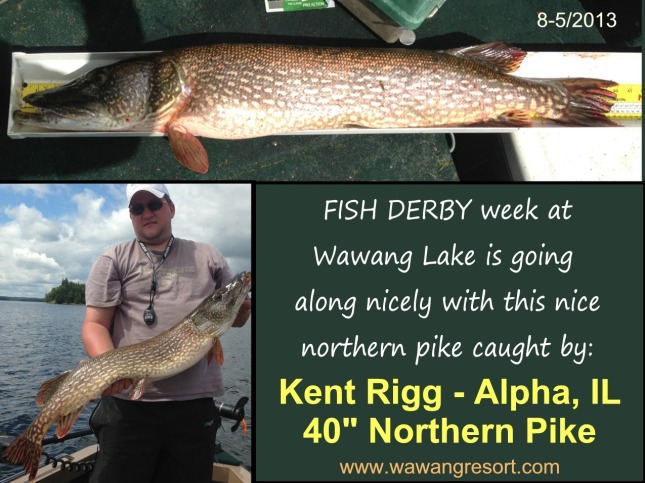 The fish derby at Wawang Lake has been progressing nicely with a lot of numbers (walleye & northern) being recorded along with those trophy sized fish needed for winning totals.  The weather has been holding somewhat with the occasional storm blowing through almost every day causing some downtime on the lake making it a little frustrating for our participants.  However, they are all aggressively seeking out those trophy fish and working very hard at it.  We’ll be posting the winners at the end of the fish derby for all to see

The fish derby leaders are as follows and changes hourly & daily: 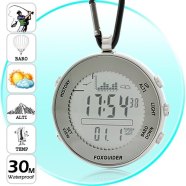 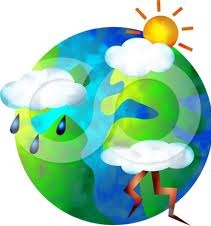 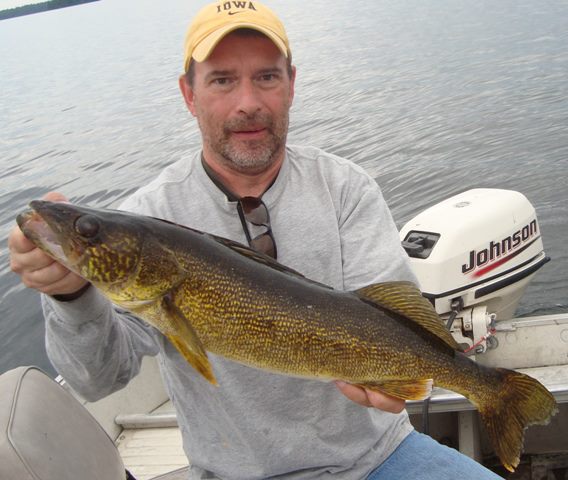