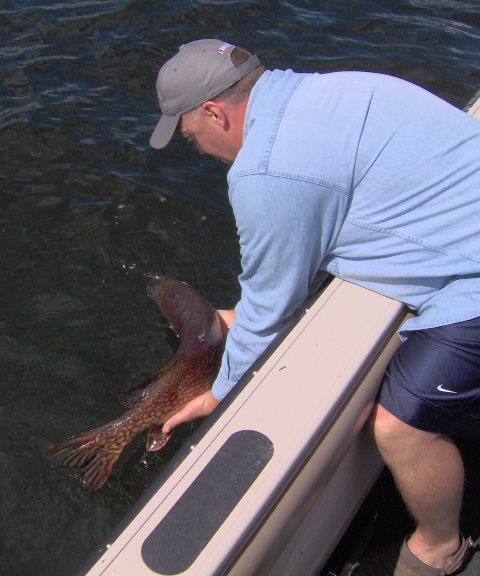 Catch one big northern pike and you fall in love with these magnificent predators. Their willingness to chase and crush baits is amazing. The fight for which they’re capable is thrilling. It’s no wonder that in Europe where pike reach epic sizes, they’re commonly referred to as “water wolves.”

In addition to all the reasons northern pike are revered for their aggressiveness and tough attitude, they’re also wonderful table fare when they’re in that 3-4 pound class. With a little practice in removing the pesky Y-bones, you’re left with a fresh, flaky fillet that’s tough to beat and northern pike are best to eat right after being caught. They just don’t seem to freeze as well as walleyes or perch.

All summer long, northern pike are among the easiest fish to catch. This is due to their voracious appetite and the fact that pike are keen impulse strikers. I believe they’ll lash out at a bait for the sole purpose of doing it harm. They’re just plain MEAN!

During the warm summer months, you’ll find them predominantly hunting anywhere where there’s weed growth. But as summer surrenders to autumn and the water temperatures cool, things change. The weeds begin dying, and when they do they actually become noxious to fish. The first weeds to go are typically in shallow areas with muddy bottoms. The weeds that hold out the longest are usually related to hard bottom.

When fishing in the fall, if you find weed growth that hasn’t laid down yet and it’s still green, then it will continue to hold fish. Baitfish, perch, walleye, and you guessed it: pike. But as these last holdouts of vegetation finally wane, the pike will change their haunts.

This time of year happens to coincide with the fall turnover. This is the period when a lake’s thermocline disappears. The warm upper water cools with air temperature and ultimately trades places with the once cooler water below the thermocline. Pre-turnover fishing is great. During the turnover, fish generally get negative. But after the turnover is complete and the lake stabilizes, pike fishing gets good again. But don’t look for weedline fish anymore. Instead, search for cover in the form of rocky reefs, points, saddles and edges where flats fall away into deeper water.

A great way to locate fish in the fall is by trolling big crankbaits, swimbaits, spoons or inline spinners. If you pop a couple of fish trolling, pay attention to your sonar and lake map to get a reading of the depth and bottom constitution that’s holding fish. This will help you identify other spots on the lake that match those conditions.

Now trolling is great, but most popular is catching pike on the cast. So once you figure out a location and bait that gets results, start to work these areas by casting. Boat control and casting direction is essential here. You’ll want to position your boat on structure that allows you to cast down the line on productive water, thereby keeping your bait in the strike zone for the longest possible time.

Remember that northern pike are notorious for chasing baits and have no problem smacking a lure right by the side of the boat. So on every cast, keep the retrieve going all the way back to the boat. If you see a pike following but not chomping, give the bait a slight pause or a sudden twitch. Sometimes that change in the action will flip the bite switch in a fish.

If a giant follows but doesn’t eat, you can try this trick too. Have a second rod set up with a quick-strike rig hooked to a big sucker minnow in your livewell or bait bucket. If a jumbo pike follows and gives up, you can be sure that he’s still very close to the boat. Set down your casting rod, pick up the quick-strike rig and pitch that minnow to the last place you saw the fish. Very often, the introduction of a live minnow will be just the thing that fish wants.

Fall is a fantastic time to be on the water. You’ll have the lake all to yourself and no shortage of hungry pike just waiting to pounce. After just one memorable battle with a big water wolf, you’ll fall for autumn pike too.