Baitfish and Fall Trolling For Walleye and Pike 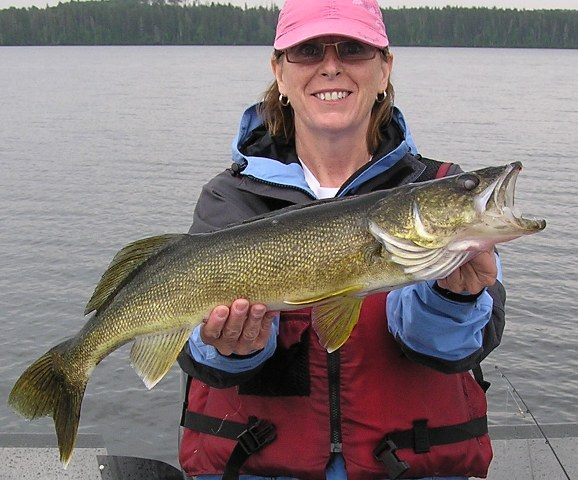 You marking any bait? is a popular question many anglers ask when talking about trolling for walleye or pike. Finding baitfish schools being attacked by predators is an important angling skill for autumn trolling. Speaking with guides, our walleye & pike experts, about fishing large pods of baitfish as a piece of fish-holding structure gains perspective on your next trip on the water. Here are some of their observations on the importance of baitfish and tips on autumn trolling strategies.

The Walleye-Baitfish Autumn Migration
“In large lakes a large population of nomadic walleye live their whole life following and feeding on schools of bait,”   Baitfish, and following walleye, migrate in autumn from the main lake to bays and other winter-holding areas on our lake.  Walleye start aggressively feeding on baitfish when the surface temperature reaches 50 degrees Fahrenheit.

In large lakes walleye-baitfish relationship is an example of how baitfish can be seen as a type of holding structure for walleye. Walleye will follow baitfish schools, gorging on them to build up energy reserves for the winter. Although bait is not structure in the truest sense of the word like that of a reef, conceptualizing schools of baitfish as a piece of structure will improve your catch rates this autumn.

Sonar and GPS to Find Baitfish
Rely on your GPS fish locator to locate baitfish and determine if the area holds walleye. While surveying the water, mark baitfish with waypoints. Once you locate plenty of walleye and gather sufficient data on their location in the water column,  set up a trolling strategy accordingly.

Walleye-Baitfish Trolling Tactics
In the fall on the our lake run large crank-baits like Rapala’s Deep Tail Dancer and Reef Runner’s 800 Series as the fish are looking for a big meal…. run cranks above the arcs and schools of bait showing up on the sonar screen.

Working the outside edge of a school of bait catches more walleye. The lure is isolated and not hidden in the baitfish, making it an easy target.

Large walleye hunt in small packs. They wait for individual baitfish to fall out of line from a school and then pounce on the prey. Trolling crankbaits on the periphery puts them in an ambush zone.

Use planer boards to present baits with out spooking walleye. The in-line board gets the bait out and away from the boat, and into the face of actively feeding walleye.

Baitfish, Mid-Level Predators and Pike
Being a different predator, pike don’t relate to baitfish schools exactly like walleye. Walleye and other mid-range predators likely attract pike more so than small-sized baitfish.  When trolling, look for pike in the vicinity of other, smaller predators feeding on baitfish schools.

Marking Pike on Sonar
Baitfish are one of many details to constantly observes on your sonar, when marking plenty of shiners and perch schools in autumn. Pay attention to schools of shiners in relation to perch & walleye….Large, collected schools generally are a sign of peace and tranquility.

Take interest in an area when electronics display broken up bait. Usually this means predators like walleye are feeding on the bait, which in turn attracts pike looking to ambush the baitfish hunters.

Autumn Trolling Tactics
When identifying pike,  go after them by running baits slightly above marked fish. Uninterested pike often move out of the way of the boat, but when aggressive they often bite on the first pass. Try a few trolling runs around the bait. Pattern is often one run outside the bait on the shallow-water side. Next, pass thought the pod of baitfish. Lastly, troll on the deep-water, outside edge of the pod.  Repeat this pattern a few times before moving onto another spot.

When it comes to trolling baits, use Muskie Mania 13-inch Jakes and Ernies, Legend Perch Baits, and Hi-Fin Trophy Divers and mix it up between small baits and big baits. Fish often go on a pattern where they bite a certain size of bait for a few days. Then they suddenly won’t touch them anymore and you need to change to something different to get the results your looking for.

The similarities in angling tactics between fishing for walleye and pike demonstrates finding baitfish and feeding predators are critical to autumn angling success. Yet, finding bait isn’t enough. You must learn to effectively troll the large schools of baitfish and properly position baits in the strike zone. For many successful trolling anglers, this starts with seeing baitfish schools as a type of structure.