Offered A Stray Dog A Meatball And Got The Surprise Of His Life! 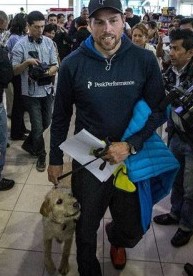 Dogs are known for their incredible loyalty, so it’s no wonder that they make great teammates. Swedish extreme racing team, Peak Performance, learned this first-hand when they met Arthur, an incredibly strong dog who went from stray to world-wide sensation!

The athletes were competing in a 430-mile-race through Ecuador when they took a well deserved break from their grueling feat to eat lunch. Since the team was in the middle of the rain forest, they were wary of any animals who might approach. But the only one who did was a scraggly, mangy stray dog who they affectionately named Arthur.

Poor Arthur watched with eager, hungry eyes as the athletes unwrapped their food. The team needed all the calories they could eat, and (obviously) food was pretty hard to come by in the middle of the jungle, but team captain Mikael Lindlord offered Arthur a meatball.

What happened next is sure to warm your heart. Scroll down and see how a stray named Arthur went from being a scruffy loner to an INSPIRATIONAL team member who was so brave and so smart, he managed to find his fur-ever home.

Arthur was dirty, alone and starving in the harsh rainforest before he ran
into the team.  He was malnourished and weak from his months surviving alone. 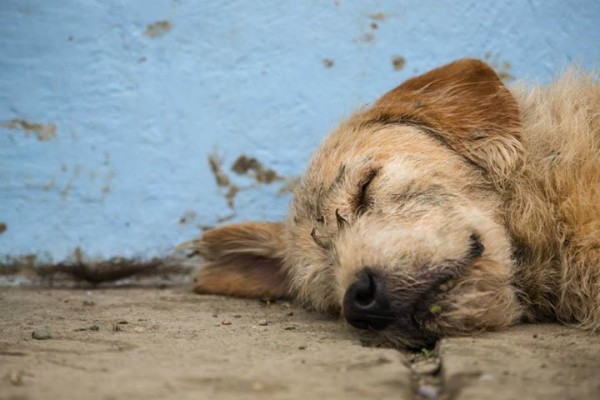 Mikael Lindnord says on the team website, “It all started with me giving Arthur a meatball when we we’re eating right before the long trekking. When we set off we did it with some other teams, and I didn’t understand that Arthur was following us until we were alone and he was still there. At one stage, we had to take a break and the dog was totally wrecked. We opened two cans of food and let him eat, because he could find no food at all in the jungle.”

Arthur followed the team through over 400 miles of brutal elements. At one
point the team was told they’d have to leave Arthur behind… 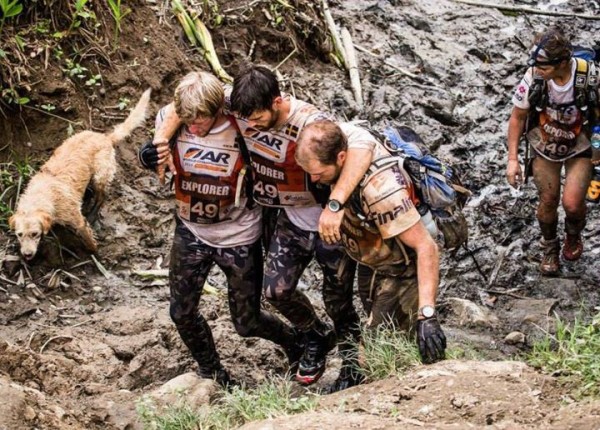 When the team approached a river, they had to use a kayak to cross.
The team were advised by organizers that Arthur was not well enough to cross the river. 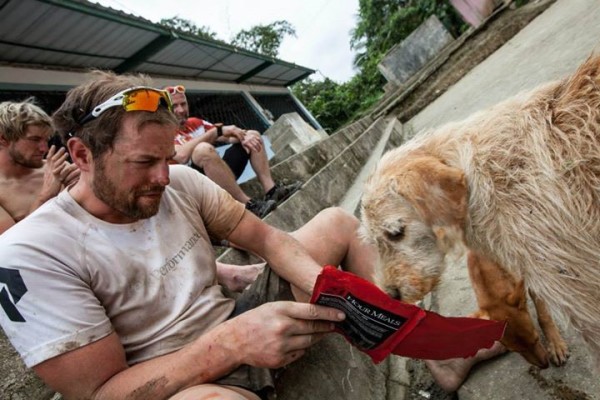 The team left Arthur ashore, but he jumped into the water and
started paddling behind them, not wanting to leave his pack.

The water was freezing so the team pulled him back into the kayak.  Lindlord recalled Arthur’s bravery:”We could hear the people cheer on the shore as we set off. But he was kind of in the way during the whole paddle and we had to find different paddling techniques to not kick him off board. A few times he jumped into the water and took a swim, and then he crawled back up again and was freezing so he got to wear our jackets. One time we got quite close to land and he jumped off and swam to the shore, and we thought that was the last we were gonna see from him. But he ran on the road for a bit and then he swam back to us.”

At the first opportunity, the team took Arthur to a vet.

Arthur was suffering from a 6-month-old bloody wound on the back of his neck. Still, Arthur persevered.  He was not about to leave his newfound pack.

Arthur never left his team’s side – even when his much healthier teammates said
the conditions were so tough that even they were losing energy.

While the pack didn’t finish the extreme race in first place…
they did finish as HEROES.

Arthur is now an official member of the Peak Performance team. They raised
money to have him flown to Sweden for medical attention.

Arthur was greeted with a hero’s welcome, and even better than that:
a forever home with Mikael Lindnord. 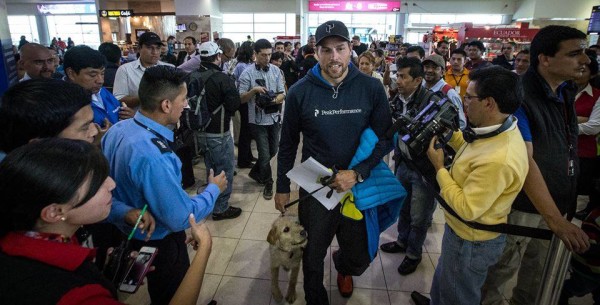 Talk about a rags-to-riches story.
Sometimes a single meatball can change your life. 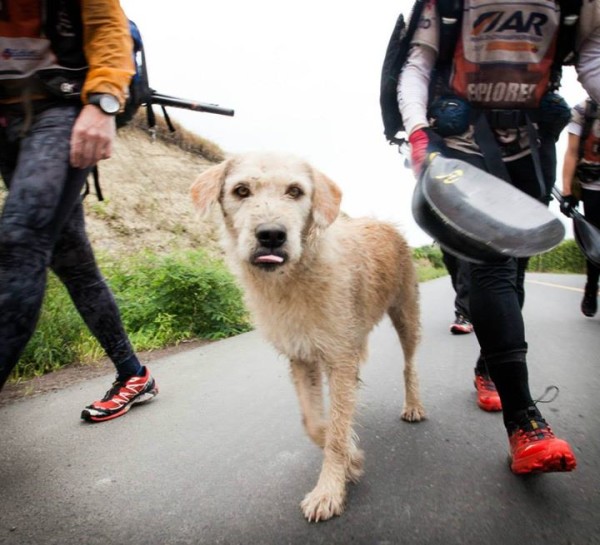