PIKE FISHING TACKLE BOX – A MUST TO HAVE

From spoons to spinners to swimbaits, everything you’ll ever need to tackle mammoth northerns

No aspect of fishing has changed more over the past two decades than our understanding of pike. Indeed, if we had written about equipping ourselves for big northerns just 20 years ago, our ultimate tacklebox would have been small, the offerings skimpy and the techniques few. But as our knowledge of pike behaviour has expanded, so too has the range of tackle needed to catch these toothy critters—as the following roundup of the top lures and tactics reveals.

When to fish ‘em
From midsummer until freeze-up, hard and soft crankbaits excel in open water, on deep flats and around main-lake rocky structures. The lipless versions are superb around reed- and weedlines. 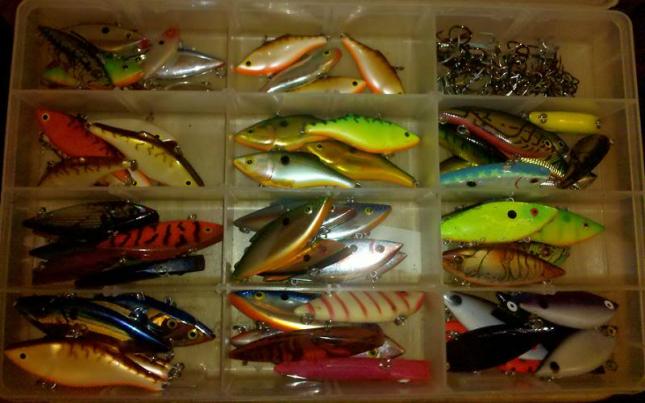 Where and how
You can both troll and cast these lures, but don’t do either aimlessly. Concentrate on key transitions, edges, drop-offs, breaklines and specific bottom contours. The CS25 Suspending Super Spot and Lucky Craft LVR models are awesome vibrating, lipless casting lures. When you pause them for even a millisecond, a following pike only has the option of opening its mouth and eating it. These lures may look a tad small, but they fish big because you can retrieve them quickly and they won’t roll over.

When to fish ‘em
Cast hard jerkbaits (Husky Jerk, X-Rap, Long A, Original Floater, Slender Pointer) when the water is cold, typically early in the spring and late fall in southern Canada, and all year long farther north. Or speed troll these lures in the summer when the pike have retreated to cooler, deeper water. Soft jerkbaits rigged Texas-style, meanwhile, are deadly when vegetation is moderately sparse with plenty of open pockets. My favourite time to fish soft jerks, though, is in the late fall wherever I find thinning cabbage weeds in deep water adjacent to main-lake rock structures. 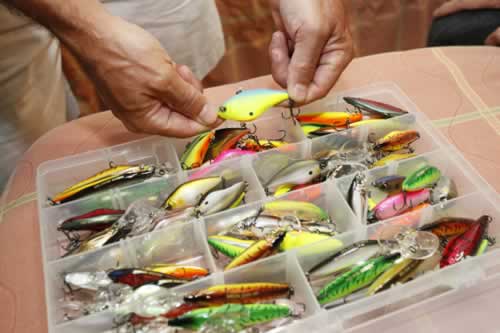 Where and how
Hard jerkbaits are at their best in and around rock structure. In cold water, retrieve the lure as close to structure or cover as possible. Wind the bait down, jerk it three or four times and pause. The colder the water, the longer you should wait. Nick the tops of weeds, scrape rocks and tick logs and stumps. Pike usually strike when the lure suspends, rises slowly or starts the next series of jerks. You can also throw a hard jerk when there’s a few feet of water over the tops of deep weeds. When the northerns go deep in midsummer, troll hard jerkbaits around rocky main-lake points and over the tops of mid-lake humps. Contour trolling a big F18 Original Floater behind a three-way rig is a deadly hot-weather pattern.

Rig soft plastics (Houdini Shad, Berkley Saltwater Jerk Shad, YUM Dinger) weedless on a stout 5/0 to 7/0 offset hook without any additional weight and let them flutter toward bottom. Then hop, pop, twitch and pause the lure continually to imitate a dying baitfish. Along weed edges, swim the lure through the grass, deflecting it off any stalks you feel. When you’re fishing the corridor between deep weeds and the surface, let the lure fall to tick the top of the weeds, then pop it back to the surface.

When to fish ‘em
Be careful if you have a bad heart. There’s nothing more exciting than  watching a huge pike crush a topwater lure. During the summer months,  the best times are early in the morning, late in the afternoon and when  it’s overcast.

Where and how
Deep weed edges, woody  shorelines and rocky main-lake structures are perfect locations for  topwaters. Instead of throwing a big, noisy buzzbait over a weedbed,  position your boat parallel to the weed edge so you can keep your lure  running over the prime pike zone. Do the same thing when you’re fishing  among fallen trees and logs. Remember, pike are ambush predators that  hide along the fringes of cover rather than burying themselves deep  inside it.

The biggest and loudest buzzbaits (in white, chartreuse, yellow and  orange) will attract the most attention. When the fish are aggressive,  add a stinger hook and a five-inch-long soft-plastic worm or grub, or a  pork chunk to seal the deal. But here’s the key: don’t react to the  explosion when a pike strikes. Keep your rod tip pointed up during the  retrieve and keep reeling rather than dropping the tip to set the hook.  When the fish are in a funk, however, scurry a Bull Ribbit or Hawg Frawg  in the same locations. The lighter bait forces you to slow down your  retrieve, but the frog will still kick up its heels. Only pause the frog  when you swim it over an opening in the weeds.

Many pike anglers  miss the best big-fish locations: isolated rock piles, underwater  points and shallow boulder-strewn shoals. They also think they can only  use topwater lures when conditions are calm. Actually, a slight chop is  better than a slick surface for walking a big Zara Spook, Skitter Walk  or Live Sammy. And a fast retrieve produces explosive strikes. When the  fish are less belligerent, or when the water is dirty, dingy or stained,  a prop bait such as the Boy Howdy, Splash-Tail or Skitter Prop  sputtering on the surface will cause a pike to become unglued. Prop  baits are also deadly when pike are resting beside isolated forms of  cover, such as a giant deadhead poking out of the water.

When to fish ‘em
Spinnerbaits produce well from late spring until mid-autumn, when the  pike have set up along reed- and weedlines, and shorelines littered with  fallen trees and submerged wood. 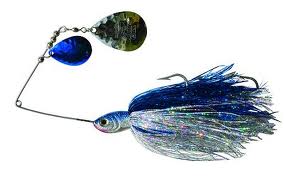 Where and how
A  slightly larger than normal (3/4- to one-ounce) bass-style, willowleaf  spinnerbait tipped with a soft-plastic grub or worm is a marvellous tool  when retrieved quickly just under the surface. Don’t hop, pop or  manipulate it in any way; just keep it moving.

When the biggest  toothies turn off and won’t come to the surface, dredge them up with a  heavy 1 1/2- to 2 1/2-ounce Dick Pearson Grinder. Let it flutter down,  then slowly crank it back to the boat, keeping it within a foot of  bottom at all times. It works best in thick grass, but it can also be  awesome on main-lake rocky structures.