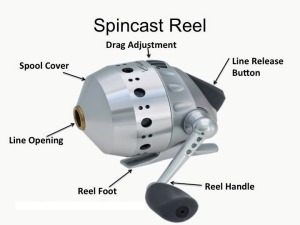 Spin Cast Reel:  The spincasting reel is also known as a closed face reel because the spool and line are beneath the spool cover.  A simple press of the line release button and a flick of the wrist is pretty much all it takes to cast with this type of reel.  This is why spincast reel is probably the reel you started with as a kid.
Pros: This reel is a great teaching tool for anyone learning how to fish as it is by far the easiest reel to use.  As well the fact that it’s inexpensive gives you the flexibility of starting a kid out in fishing without breaking the bank on a hobby they may eventually cast aside.

Cons: Unfortunately because spincasting reels tend to be considered entry level reels they’re often not made for high intensity usage.  As a result many, not all, spincasting reels are not very durable as they are made of inferior materials.  As well this type of fishing reel is often not the best at long distance casting and suffers from a low hauling power which is needed for hauling big fish out of heavy cover like lilly pads and submerged vegetation. 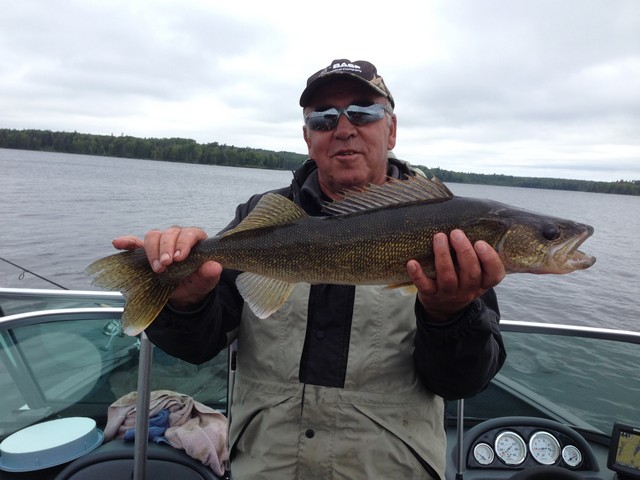 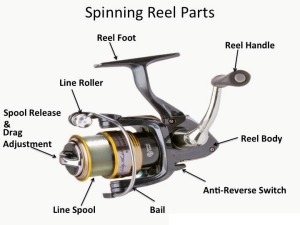 Spinning Reel:  Spinning reels are probably the more widely used reels due to the relative ease of use as well as there moderate expense.  Spinning reels are also known as open faced reels because the spool and majority of the moving parts are located externally rather than behind a spool cover.  This makes the spinning reel ideal for surf fishing where there is a high likelihood of the reel getting wet with either fresh or saltwater.  The “open face” makes most parts of cleaning much easier than with other reel types. 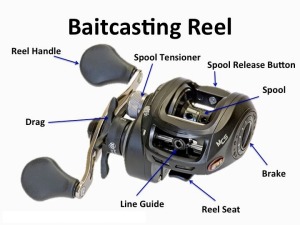 Baitcasting Reel:
Baitcasting reels are quickly becoming just as widely used as spinning reels.  Where in the past you mostly saw more experienced and pro anglers using baitcasting reels now there isn’t a day that I’m out on my local pond harrassing the bass and there isn’t at least one other person out there using a baitcaster.

This is because more and more people are recognizing the benefits of using a baitcaster.

Cons:  The cons of using baitcasting reels are as follows.
1.   Baitcasters are the most difficult reels to use easily getting birds nest on bad cast.
2.  Because of the steep learning curve with baitcasters it takes a bit more practice to be able to make longer cast.
3.  Baitcasters are not the best choice for lighter baits.
4.  As said before baitcasters are prone to getting birds nests in the line upon casting if not thumbed correctly
5.  Prices of bait casters can easily surpass a budget friendly place for the average person who doesn’t fish that often.