If you need help with what to buy for trolling or casting cranks for walleye, this should help.   Crank baits are to walleye fisherman what shoes are to women. We may not need as many as we have, but we have to have them just the same. While the latest fancy finish or popular color can steal our attention, serious walleye anglers know that having a selection of cranks in various diving depths, floaters, suspenders and profiles is more important as you fish in different parts of the country or as conditions change throughout the season on your favorite lake or river. 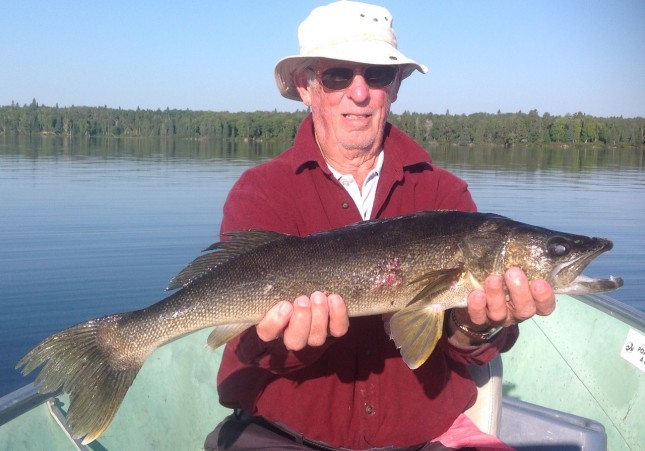 Here is a selection of go-to cranks for walleye recommended by professionals and guides that you should have in your walleye tackle regardless of where you fish.

Reef Runner 800
When the first Reef Runner hit the shelves in the mid-90s, it was an instant hit. The hump design that helps move more water over its back and provide a hunting action made it an instant and lasting favorite of walleye trollers. The hundreds of wacky named color options probably didn’t hurt its appeal either. The addition of the “Bare Naked” series a few years ago has caused yet another trend with transparent bodies and a copper colored prism insert.

The 800’s ability to be trolled nearly 30 feet unassisted and effective trolling speeds of .8 to 3.5mph make it a bait that can be used nearly year around. The aggressive hunting nature and design of the bait does require it to be tuned more frequently than other baits, so check it frequently.

The Deep Little Ripper is a smaller version of the 800 that excels when a smaller presentation or less diving depth is required.

Berkley Flicker Shad
A plastic shad body crank, the Berkley Flicker Shad excels when cast or trolled. A weight-transfer system makes it possible to cast this bait easily on spinning tackle. It has seen a lot of time on the tournament trail being cast at wing dams, trolled unassisted, or on leadcore lines.

Many serious anglers believe the unique pitch of the rattle is why it seems to out fish many similar type lures. As the popularity has grown, so have the sizes and colors available, currently 5 sizes and more than 20 colors.

Smithwick Roque
A unique bait that has a roll unlike any other stick bait. Most pros will tell you it’s not a bait they carry year around, but when they are working you want one on every rod. Offered in several sizes as well as floating and suspending versions, this bait is a go-to for walleye anglers in cold water. The much louder than normal rattles have also made it a go to choice in off-colored to dirty water where walleyes can more easily locate the bait. 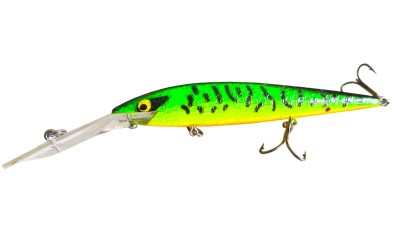 A conservative offering of colors, anglers are custom painting them more and more each year. But be warned, much like a Reef Runner, the Rogue can be temperamental with tuning and too much extra paint or clear coat can permanently affect their action.

Rapala Husky Jerk
A very versatile bait that just seems to run well right out of the box, all models of the Husky Jerk are suspending models, which isn’t unique. What makes it special is they truly suspend and do not just rise more slowly than a floater like most baits that claim to suspend. 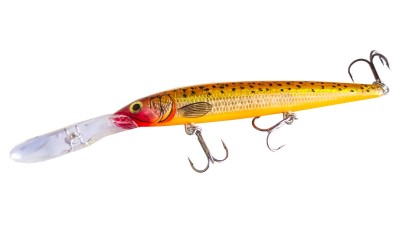 Available in five sizes of shallow divers that see plenty of action from walleye anglers, but it’s actually the two deep diving models that can be found in the boxes of all tournament walleye pros. Like most of the baits in a “go-to” list, we include it because of it’s versatility. A very effective lure in cold water with its suspending qualities, it also excels when trolled at speeds in excess of 2mph during the summer months.

Rapala Shad Rap
So popular when they were first released, that you literally couldn’t buy them. You could only rent them from tackle shops. The original model is made from balsa and has no rattles and until recently was only available in a relatively small sampling of colors. 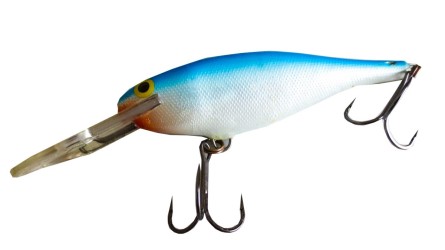 Much like the Flicker Shad, the popularity of the Shad Rap is due to it seemingly working on almost any waterway and effectiveness both casted and trolled. The balsa bait’s lightweight can however make it more challenging to cast in windy conditions. When this becomes the case look at some of its newer cousins constructed from plastic.

Rapala Original Floater
One of the oldest and simplest lures on the market, it still catches fish. Walleye Pro’s use them behind bottom bouncers, 3-way rigs, leadcore line and easily the most used hand-lining lure of all time. Much like the original Shad Rap, it is constructed of balsa and features no rattles.

The smaller No. 3 to No. 11 sizes excel in the aforementioned applications, whereas the larger No. 13 and No. 18 are go to lures for flat line or split shot trolling at night.

Originally only available in just a few simple colors, the assortment has broadened. Much like the Roque be careful when custom painting that you don’t add to much weight to throw off the subtle wobble the balsa creates.

Reef Runner Ripstick
The same body as the 800 series Reef Runner, this stick bait version features three hook hangers and smaller No. 6 trebles. The unique banana style body gives off a hunting style action, but with a much more subtle action due to the V shaped lip.

This very unique shaped lip also allows this bait to get down nearly 12 feet when trolled on mono, much deeper than any other stick bait on the market. This puts the Ripstick in its own category. Having a stickbait that can get down where only deep divers could previously with a subtle action can be a huge advantage when walleyes are in a neutral to negative mood.

The Little Ripper is a smaller version that works well behind diving discs, jet divers or where a smaller and shallower diving presentation is needed.

We don’t suggest that these are the ONLY baits that will work, they are versatile and effective enough that carrying a good assortment of sizes and colors will allow you to catch fish more days than not. At some point you realize you can only carry so many lures with you and these are the ones that spend the most time in professional anglers and guides boats.