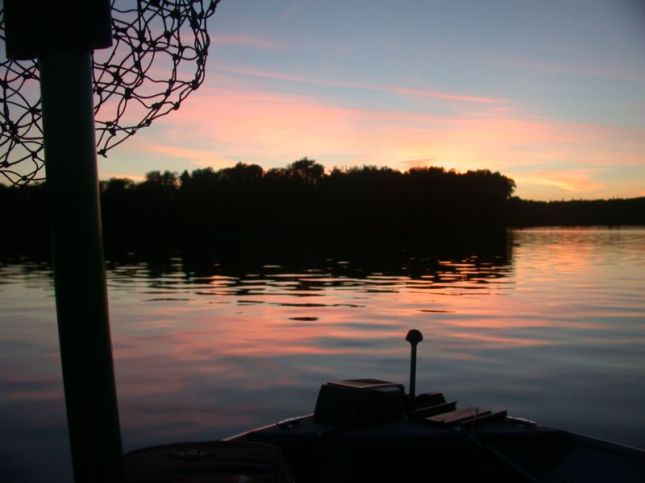 Northern pike are exceptional game fish, known for their propensity to hit lures with heart-stopping ferocity and to engage in epic battles once hooked. But northern pike can also be finicky, so being well-prepared with a variety of lures increases your chances for success. An assortment of spoons, spinners, crankbaits and topwater lures should be in the arsenal of every northern pike angler.

Spoons are most effective because of their wiggling, vibrating movement in the water and the flashes of light that reflect off their metal surfaces. Spoons come in all manner of shapes, sizes and colors, but a good fundamental choice is a spoon of about 4 to 6 inches in length. The color to use varies with water clarity, but, according to “Game and Fish” magazine, red and white spoons are often the best combination to start with. The weight of the spoon determines the depth at which it runs. Heavier, thicker spoons sink faster and run deeper. They are also the best choice for trolling. Dardevle spoons, made by Eppinger, have long been a top choice for anglers. Spoons are generally used with a cast-and-retrieve routine or are trolled, but they are versatile enough to use as jigs or, when retrieved quickly, as surface lures.

Spinnerbaits are effective because of the fish-attracting vibrations and light flashes they create when retrieved or trolled. Spinners consist of shiny metal blades with a clevis that spins around a wire shaft. Spinnerbaits often are “dressed” in hair (bucktails), feathers, rubber or fur to increase their attractiveness to northern pike. Anglers often add a soft, plastic-bodied, twister tail, either as a trailer hook (to catch short-striking northerns) or to the treble hook itself. Mepps makes high-quality spinnerbaits in a huge variety of sizes, shapes and variations. 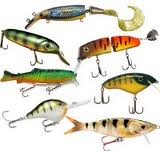 Crankbaits are lures designed to resemble bait fish, and you can fish them either by casting and retrieving or trolling behind the boat. Some are designed to run shallow, and some run deep. The experts at Pike Lures.com comment that the majority of crankbaits are manufactured out of plastic, but some companies still use the traditional wooden bodies. Either is a good choice. Generally, a crankbait is painted with a pattern and color that closely matches that of the species upon which the pike feeds, but, sometimes, a wild and unnatural color works even better. Rapala is one of the premier makers of crankbaits, available in either wood or plastic, in a wide variety of sizes and shapes.

Topwater lures are about the most exciting type of lure to use for northern pike fishing. Topwaters are designed to create surface commotion, in imitation of a dying fish or swimming animal. Northerns hit these lures explosively at the surface, creating a large and startling splash. Stickbaits, buzzbaits, propeller baits and crawlers are typical variations on the topwater theme, with movement dictated by the angler’s manipulation of the fishing rod. Heddon Company has made such lures since 1894 and continues to produce popular and effective topwater lures.

Join us at Wawang Lake Resort for some OUTSTANDING fishing!