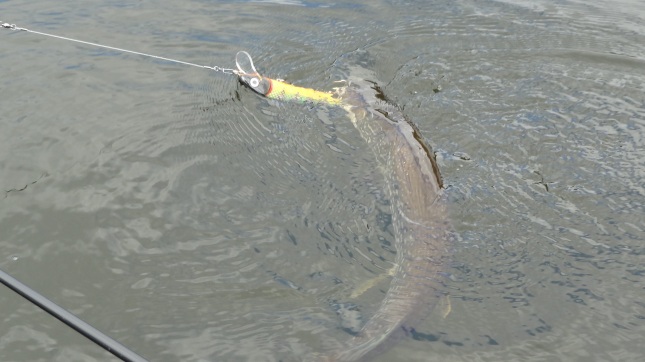 Pike are unique in that the methods and spots used to catch small or medium-sized fish can be totally different than those used for larger ones at certain times of the year. Pike are the most temperature-reactive species we have in Ontario. It’s a unique situation. Big pike live and operate in a much different manner than smaller ones do. There are two distinct populations of pike in every lake or river. Anyone who fishes for them needs to create a game plan based on the quality of fish that they’re after. And there are times of the year when you can expect big ones and smaller ones at the same times, using the same methods, on the same spots.

Seasonally, the cooling, warming and cold water periods are when pike are the most predictable. These times are also the best for bigger fish as well as numbers of fish as they’re a cold water species. In Wawang Lake, spring, and fall are when the biggest fish are consistently caught. In the summer, good fish are still totally catchable, but always remember that the temperatures and foods the bigger fish need are normally associated with water that most people aren’t accustomed to fishing. If you remember nothing else about northern pike remember this: Big fish use parts of the water that offer them comfortable water temperatures. Water temperature is the number one limiting factor in what the big fish do. It’s not light penetration, current, cover, lunar phase, fishing pressure or anything else. Water temperature trumps it all. 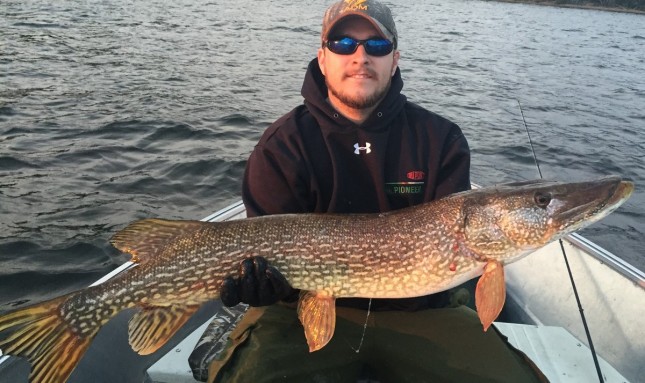 One of the most important things to remember about water temperature is the number you read from your sonar only applies to the upper skin of the surface, right near the sensor. Late in the fall and right at ice out, the water basically maintains the same temperature from top to bottom. And in summer, water temperatures are highest near that sensor and cooler as you move away from it, deeper. Surface readings on your sonar are only telling you what’s going on within the upper few inches. In mid to late June, surface temps might read 60F or 65F degrees. Try diving off your boat down eight or ten feet – that water is much, much colder! You need to understand, appreciate and respect what temperature does to pike, but you also need to see the bigger picture. A big part of this is remembering that your sonar only describes a tiny slice of the water column that fish don’t spend any time in to begin with, and that it takes a lot longer for larger slices of water to warm and to cool. On big, deep bodies or water, water takes longer to gain warmth, but it can also hold onto it longer.

On top of all that, in spring and early summer especially, there can be huge variances in temperature from one area to the next, and on similar areas from one hour to the next, because of sun, wind or current. When fish are at their shallowest, such as early in the fishing season, pay the greatest attention to temperature. Why? Because:

Similarly in the fall, we watch for falling water temperatures to signal things like forage movements and/or the breaking up of travel barriers created when the water gets too warm in the summer. You don’t need to study temperature gradients scientifically or buy special instruments to measure data. But you do need to be aware of changes and what they mean to where and how you fish. All fish respond to temperature in one way or another, pike just happen to be one of the most sensitive to it. 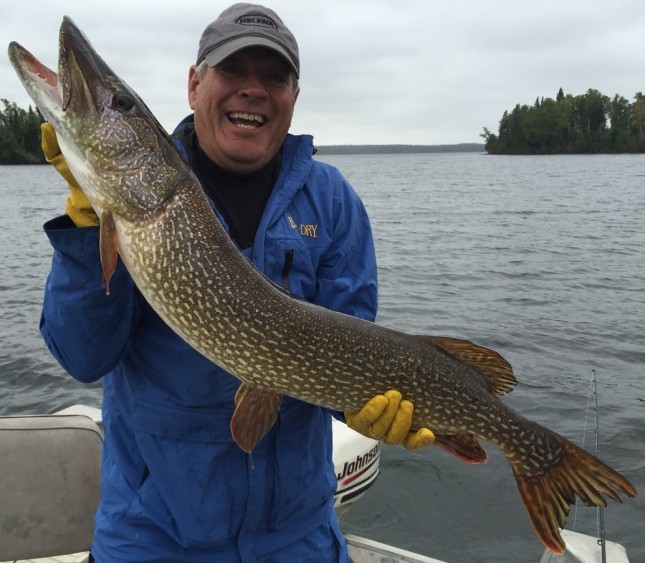 The more time you put into anything, the better the chances you’re going to have success. One of the biggest things you can do to consistently catch good sizes and numbers of pike is to stay on them all season long. The simplest ways to do this is sticking to one or two bodies of water, finding areas where the fish spawn and tracking them out from these areas as the year moves along. You’re better off learning one piece of water in great detail rather than running around from lake to lake. If you remember nothing else about finding pike, remember that familiarity breeds success! The best fishermen are people who stick to a handful of water bodies and specialize in fishing them. They know the seasonal timing (usually the daily timing, too) the spots on the spots and have the best fishing methods distilled.