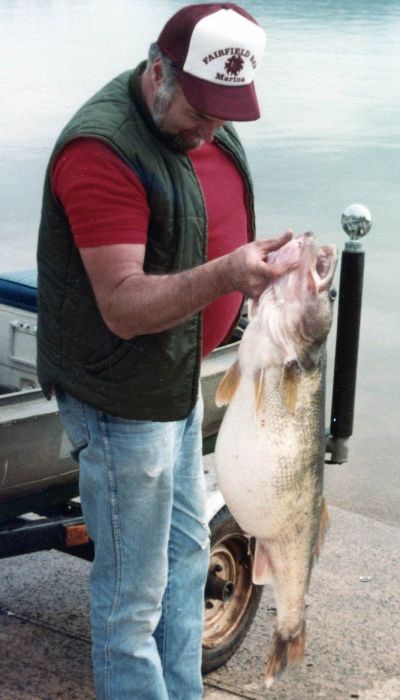 There has only been one heavier walleye recorded by the IGFA than Al Nelson’s massive 10.29-kilogram (22 pounds, 11 ounces) fish that he pulled from Arkansas’ Greers Ferry Lake – a body of water notorious for producing world class walleye.

Nelson was trolling a Bomber lure from his aluminum on the night of March 14, 1982, when the fish hit at approximately 10 PM.

The angler initially thought he had hooked a log, until the log began fighting back. After a 20 minute fight, Nelson had the fish boated and was on the way back to his home dock of Fairfield Bay Marina.

However, a heavy fog interfered with Nelson’s plans and he mistakenly ended up at another marina before eventually arriving at his intended destination at approximately 2 AM in the morning, where it was officially weighed-in, earning him the men’s 6-kilogram (12 pound) line class record.